I made videos of our exploring trip in the Finnish nature and forest, as well as creative events, design, places in Finland.

Here are some clips from my Youtube channels: Finnish nature, creativity, life.

As a writer who has been writing about Finland for 13 years, I have often received interview requests from Taiwanese media about Finland. During my living and working in Finland, I was also interviewed by Finnish media for a few times. Below are some available media information.

1. Voittaja Tsui-Shan Tu: Seinäjoki kätkee aarteensa (Photo by Seinäjoen Sanomat, interview of me of winning the idea competition of My International Home 18.11.2010) 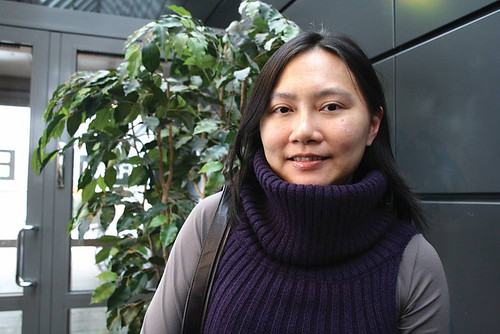 1 Book video of my awarded book “Pure Finland”(2007). This book was chosen as one of the best lifestyle books in Taiwan 2007.

3. UDN Taiwan (5.2014): Learning from Finnish forest management. My part: how children in Finland are raised up in the nature and forest.

5. Taiwanese well known program for children and young people: After the class (XIA KE HUA LU MI)(2009): Finnish handcraft traditions, visiting Seinäjoki city library and the “best librarian” whom I wrote about in my own blog article:

Tsui-Shan Tu. Born in Taipei, Taiwan, living in Finland since 2003.

Since I moved to Finland my career has been developing in two parallel directions at the same time. I have had numerous full-time working experience in cultural and education institutes as planning officer and project manager, in which Finnish has been the working language. I also have continued my freelance writing career in cooperation with Taiwanese magazines, websites and different media.

Through my books, magazine columns, blogs, facebook pages, youtube and other social media channels, I have been introducing and promoting Finnish life style and design for 16 years. If you have any proposals on co-operation, welcome to contact me: tsuishan.tu(a)gmail.com

My Chinese blog: regular subscribers around 2500 My Facebook page: currently around 29000 followers.

* My first book “Pure Finland” was awarded by Chinatimes in 2007 as one of the annual books in the category of “design and lifestyle”. Below is the book promoting video made for my awarded book “Pure Finland”, produced by Chinatimes OpenBook Award and Leading Creatives production company. In this video I talked about my observation on Finnish design and my motivation of writing this book. Video language is Chinese.

Bookvideo made by myself, for my 3rd book in 2015. Topic: my own experience of raising up child in Finland.

* Won the First Prize of Idea Competition “My international home” organised by JCI Seinäjoki in year 2010. 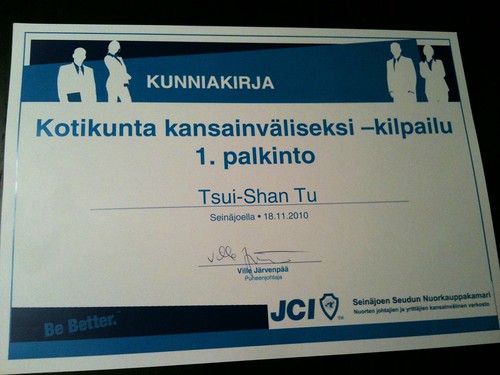 * My Chinese blog was recommended by Chinatimes’ Global Chinese blogaward 2007 as one of the best in the category of “lifestyle and design”. 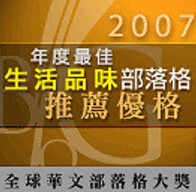 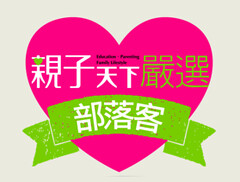 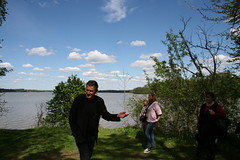 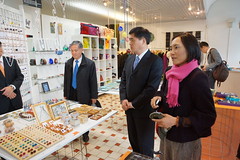 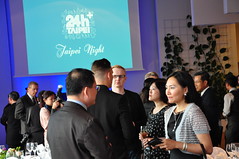 I have often been contacted by Taiwanese media for interviews about Finland, suggesting suitable visiting places, as well as being interviewed.

2014.4. UDN TV channel on Finnish forest management. Being interviewed on the topic of forest education for children.

2009. Taiwanese travel program Travel King (Mao Xian Wang) visited Lapua and interviewed me and my family about lifestyle in Finland. A log house company’s sample house in Alajärvi was shown in the program and attracted some inquiries. 3) A Taiwanese parenting experience in Finland (in traditional Chinese published in Taiwan 2015, simplified Chinese on the way…) 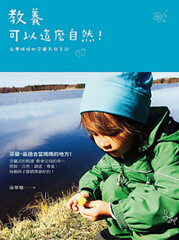 Reporting on creative events, design activities such as: 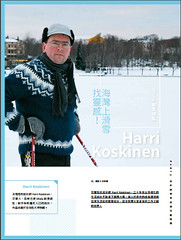 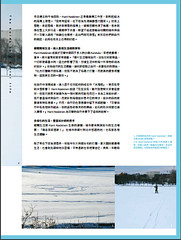 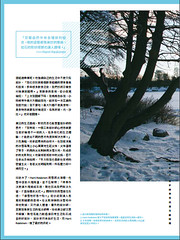 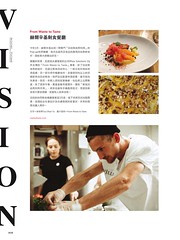 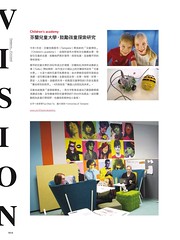 The century of the child - Design museum Helsinki. A wonderful exhibition, both informative and fun 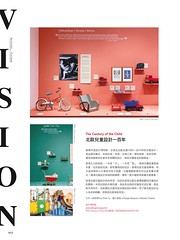 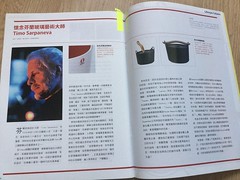 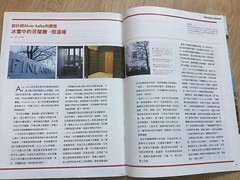 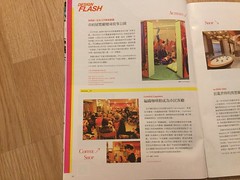 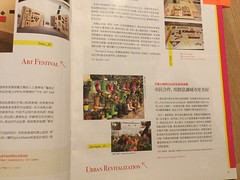 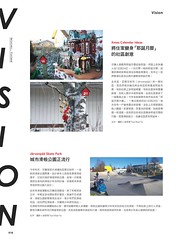 Reporting on Finnish life style from my own experience of living in Finland such as:

- "The best librarian" in Seinäjoki city library , post originally published on my blog, which attracted a Taiwanese TV program coming to interview librarian(youtube) and South Ostrobothnia Handcraft Centre(youtube). Check the article on the interview process and youtube program preview in Chinese. 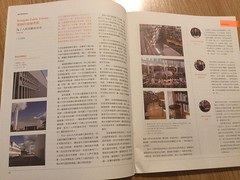 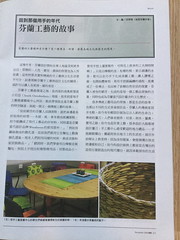 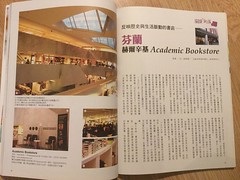 - My neighbourhood -Jamppa in Järvenpää (the Big Issue Taiwan 2012)

In the photo collections above, some important architectures by Alvar Aalto in Seinäjoki and in Järvenpää are also presented, which are previously relatively unknown for Taiwanese and Chinese.

- Sibelius for children, the celebration of Sibelius 150! (Business Weekly 2015)

- My own experience of raising up kids in Finland (CommonWealth Parenting 2014-2016) Until now 50 articles here.

- Asylum seekers coming to Finland, what then? (CommonWealth Crossing 2015)

Garden City Publishing's magazines, in which I interviewed 6 designers from Helsinki:

I have been publishing articles online since 2001. My Chinese blog on Finnish life, design and creativity was established in 2004 and recommended by Chinatimes' Global Chinese blogaward 2007 in the category of "lifestyle and design".

A Taiwanese writer exploring everything about Finland